Browse board meeting dates for the Allegheny County Farmland Preservation Board.

Strengthening and Protecting Agriculture in Pennsylvania 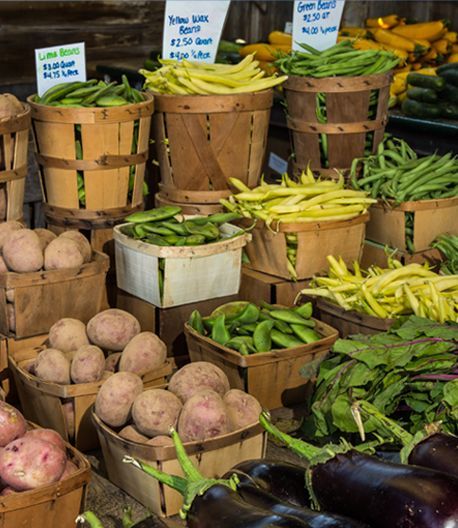 Participating farmers are entitled to special consideration from local and state government agencies and additional protection from “nuisance” complaints that fall within the scope of agriculture. Both encourage the continuing use of land for productive agriculture.

ASAs are intended to promote more permanent and viable farming operations over the long term by strengthening the farming community’s sense of security in land use and the “right to farm.” They are created by municipalities in cooperation with eligible landowners who agree to collectively place at least 250 acres in an agricultural security area. Farms may only be preserved in ASAs that have over 500 acres.

How to Create an Agricultural Security Area

Farm parcels must be at least 10 acres in size. If a parcel is less than 10 acres, it must be contiguous to another parcel that is in the ASA or produces a yearly gross income of at least $2,000 from the agricultural production of crops, livestock and livestock products. Creating a new ASA requires a minimum of 250 acres. ASAs can be multi-municipal.

Farm parcels must be at least 10 acres in size. If a parcel is less than 10 acres, it must be contiguous to another parcel that is in the ASA or produces a yearly gross income of at least $2,000 from the agricultural production of crops, livestock and livestock products. Creating a new ASA requires a minimum of 250 acres. ASAs can be multi-municipal.

The property should be viable agricultural land. Cropland, pasture, and woodland can all be included in an ASA.

At least 50 percent of the land should be in Soil Capability Classes I-IV, as defined by the USDA-NRCS Soil Survey.

The property must be zoned to permit agricultural uses.

Benefits of an Agricultural Security Area

Joining an ASA can provide a number of benefits and open the door to eligibility for farmland preservation. To download an application to start your own ASA or join an existing one, click here.

Farmers receiving loans through the Small Business First Program and the Machinery and Equipment Loan Fund may receive a 1% reduction in their interest rate if their property is located within an ASA.

Farms located in an ASA consisting of at least 500 acres are eligible to apply for the purchase of an agricultural conservation easement by the Commonwealth. An ASA designation is a prerequisite for eligibility.

The ASA designation does not restrict the use of the property by the farmer. It is not preservation and removing a property from an ASA does not have a financial penalty as with the Clean and Green Program. The farmer may sell or subdivide the property. The farmer or any subsequent owners may develop the property in any manor authorized by local zoning, subdivision and land development regulations.

The farmer is obligated to maintain the ASA status of the farm for seven years after the initial application. After the initial seven-year period the farmer may have the ASA designation removed at any time by submitting a written request to the administering municipality.

The ASA designation will stay with the property when it is sold or subdivided. The only way a property can be removed from an ASA is through the action of the property owner or through a formal process hearing and action by local government.

Ready to Preserve Your Farm?

Learn more about program eligibility, requirements and how to preserve your farm.