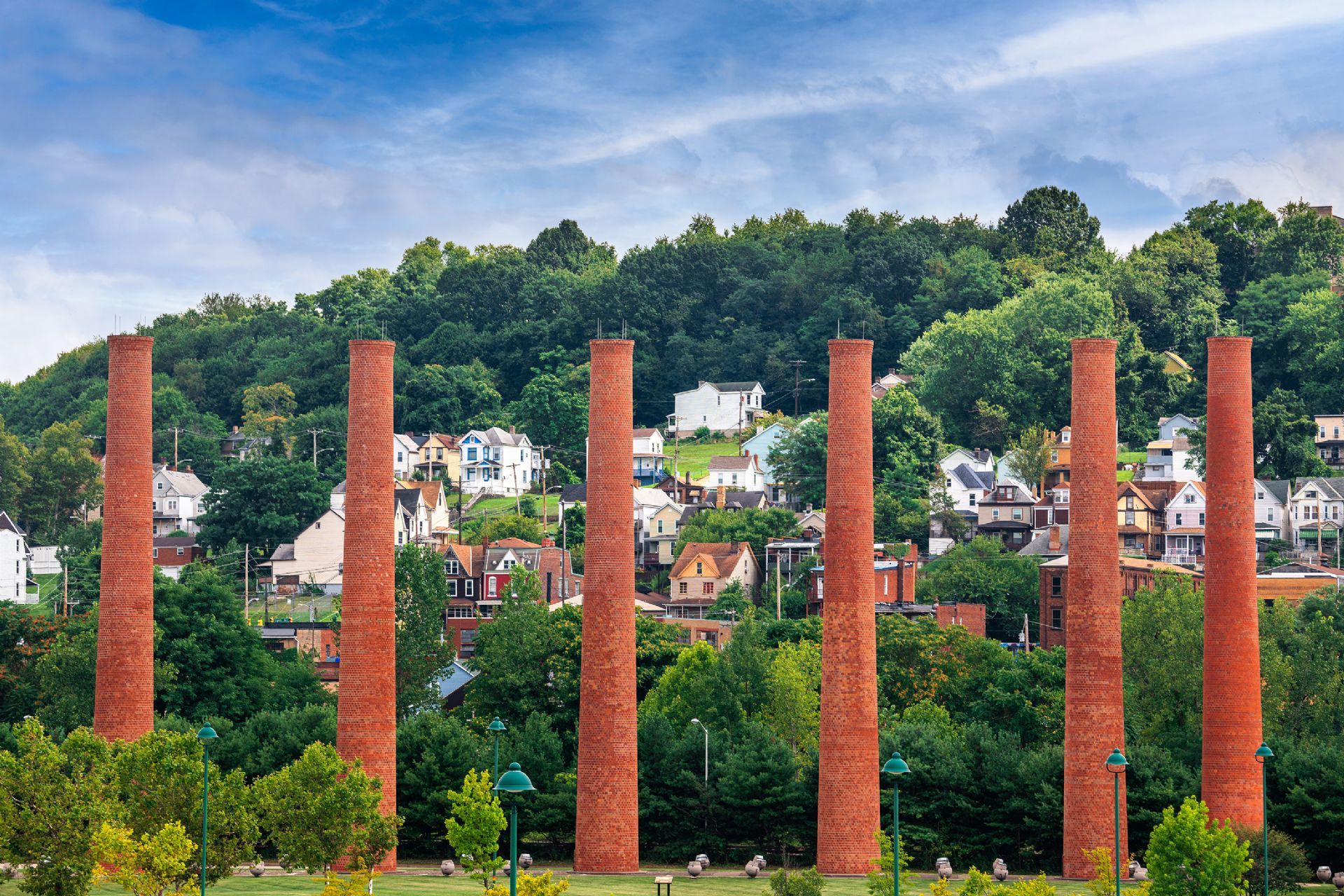 Researchers at University of Pittsburgh and Allegheny County Conservation District have linked contamination in Pittsburgh’s urban soils to historical emissions and atmospheric inversions.

Urban soils are known to contain various harmful contaminants that pose health risks. The most common is lead contamination from historical leaded gasoline and lead paint in older homes. This contamination is often concentrated where roofs of older homes drip onto dirt and at the edges of highly trafficked roads.

However, in cities with a significant history of industrial activity (fig. 1), the impacts of historical industrial emissions on soils away from homes and roads is largely unknown. In the study published in Environmental Research Communications, samples were collected across Pittsburgh from soils located away from both roads and buildings (both standing buildings and areas where buildings used to stand). Measurements of soil metal content were then used to understand the spatial patterns of the “background” soil (fig. 2). Figure 2. Hill-shaded digital elevation model of Pittsburgh, PA (thick black line); the paleochannels (thick white outline) are predominantly located between the two major rivers in the eastern half of the map. The extent of the sampled area is shown with a thin white line. Elevation Data: (Allegheny County Division of Computer Services Geographic Information Systems Group 2017). All sampling locations are shown with white stars.

When spatial patterns of metals were examined, the enrichment of lead in the background soil (not near homes and roads) is likely a result of proximity to suspected secondary lead smelters, facilities that would melt and recycle scrap lead into new products. Likewise, areas enriched in cadmium (another toxic contamination) relative to zinc were near historical coking facilities (fig. 3). Figure 3. Soil metal concentrations in study area: (a) arsenic, (b) cadmium, (c) lead, (d) copper, and (e) zinc. In each panel, the actualmetal concentrations for each sample are shown as proportional symbols. It is important to note that symbol size varies widely due todifferences in ranges across the elements. In addition, ordinary kriged surfaces for interpolated metal concentrations are shown ingrey scale. Again, scale ranges vary widely given contrasts in the observed range. Further, the Cd outlier in panel b is not included in thedata used for kriging. The outline of the paleochannel (white) and mainstem rivers (black) are shown for spatial reference.

In addition, it appears that areas in Pittsburgh’s “paleochannels”, ancient river valleys formed when rivers flowed through (outlined in fig. 1), have elevated metal concentrations. River valleys fill with industrial emissions (smoke) and remain filled for extended periods when atmospheric inversions occur (atmospheric inversions are conditions where colder air at high elevations traps warmer air near the surface and won’t allow it rise away from the ground).

The extended periods of industrial smoke sitting in valleys likely contaminated soils in these paleochannels, making them hotspots of soil metal contamination. Increasing our understanding of these past inversions and their legacy impacts may help to illustrate the importance of addressing ongoing air quality challenges driven by frequent (and increasingly occurring due to climate change) inversions in the Monongahela River Valley.

These background soil metal concentrations are generally below “action levels” set by the EPA and PADEP (at least in these areas away from roads and paint). However, they demonstrate unexpected interactions between air pollution and soil pollution, interactions amplified by the lasting presence of industrial smoke in the region’s deep river valleys.

All of these data and relationships indicate a need to further understand urban soils, and many collaborators and stakeholders are driving those efforts forward. For example, the Allegheny County Conservation District is leading a detailed mapping of Pittsburgh soils, and researchers at Pitt continue to investigate the complex environmental interactions within our city’s soil and water resources and the challenges we face as a region.

Creativity, data sharing and collaboration between academic institutions and local stakeholders is essential to maximizing our understanding of, and ability to manage, our region's complex natural resources.