Are These Invasive Plants in Your Yard?

Why are some species considered invasive?

An invasive species is an organism that is not native to a particular region. However, not all non-native organisms are invasive. According to National Geographic, many of the food crops grown in the United States are not native.

A species is invasive if it has the following characteristics:

These characteristics allow invasives to outcompete native organisms, which decreases diversity. Some invasive species are introduced into new regions accidentally, like through the transport of fire wood or other goods. Others are introduced on purpose as a form of pest control or for aesthetics.

Are these invasive species in your yard?

Many homeowners invest in well-kept and vibrant landscaping. Choosing the best shrub is not as simple as picking the prettiest plant. When investing in shrubbery, consider what is native to the region. Avoid planting the following invasive shrubs.

Description: Burning bush, native to northeastern Asia, has been used as a decorative shrub in the United States since the 1860s. Oftentimes, this tough shrub escapes its intended landscape and outcompetes plants native to Pennsylvania woodlands, forests and fields. Burning bush can thrive without much sunlight and in a variety of soil types, making it highly adaptable. Small seedings can be hand-pulled but must be dug out or cut down once mature. 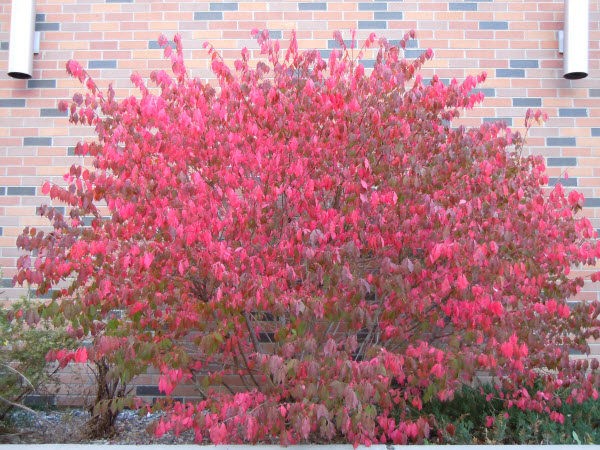 "Euonymus alatus" by Matt Lavin is licensed under CC BY-SA 2.0

Description: Several species of privet are commonly used in landscaping and as hedges, despite being invasive. Common privet and obtuse-leaved privet are two invasives commonly found in Allegheny County. Privet can grow in dense thickets. When this occurs, native plants cannot obtain light and moisture. Once this plant is established, it is very difficult to remove. Young seedlings can be hand-pulled, but mature plants must be cut repeatedly. 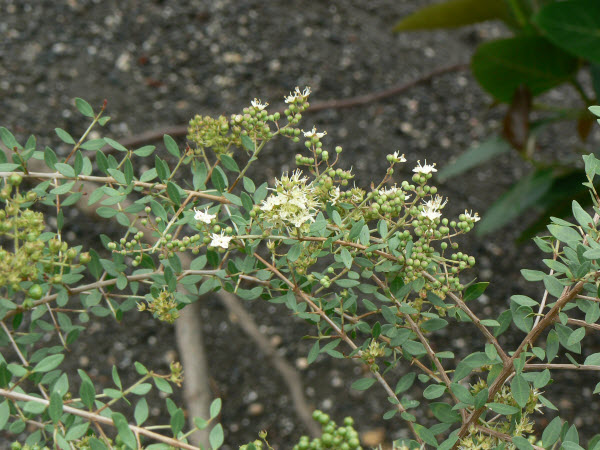 "Mendhika" by Dinesh Valke is licensed under CC BY-SA 2.0

Description: Japanese barberry, introduced to the United States in 1864, is commonly used as a hedge, foundation plant and in mixed borders. Deer do not eat this shrub, so it is especially widespread. Japanese barberry also acts as the perfect nursery for black-legged ticks. Small plants can be hand-pulled, but gloves should be worn to avoid its sharp spines. Entire root systems of established plants must be dug up and disposed.

Description: The butterfly bush, also known as summer lilac, is native to central China. Though this shrub displays beautiful clusters of purple flowers, it is highly invasive. This shrub prefers well-drained soil, but can thrive in dry conditions once mature. Butterfly bush has no natural predators and does not act as a food source for any native caterpillars. These shrubs produce many seeds, which are easily dispersed by wind. Instead of planting this shrub to invite butterflies to your lawn, native shrubs that can act as hosts for a more diverse group of insects should be used. 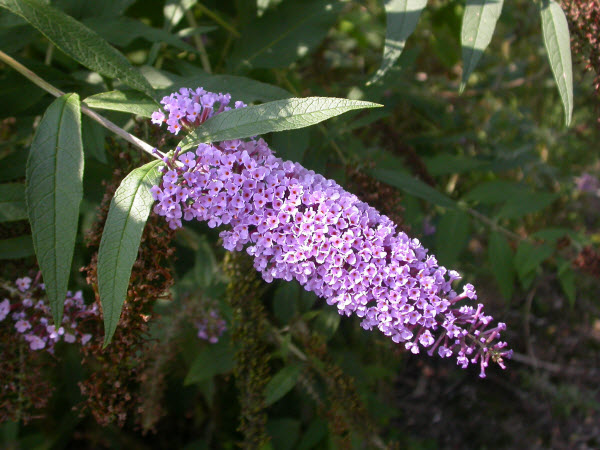 "Buddleja davidii" by Gilles San Martin is licensed under CC BY 2.0

Native Shrubs to Plant Instead

Red chokeberry is a multi-stemmed shrub with shiny red berries and white flowers. This slow-growing, but large shrub can grow five to eight feet in height. This dependable, tough shrub can be planted in shady, wet sites throughout your lawn. Its leaves are green in the summer months and reddish purple in the fall. Though the berries on this shrub cannot be consumed by humans, several bird species prefer them in mid to late winter. 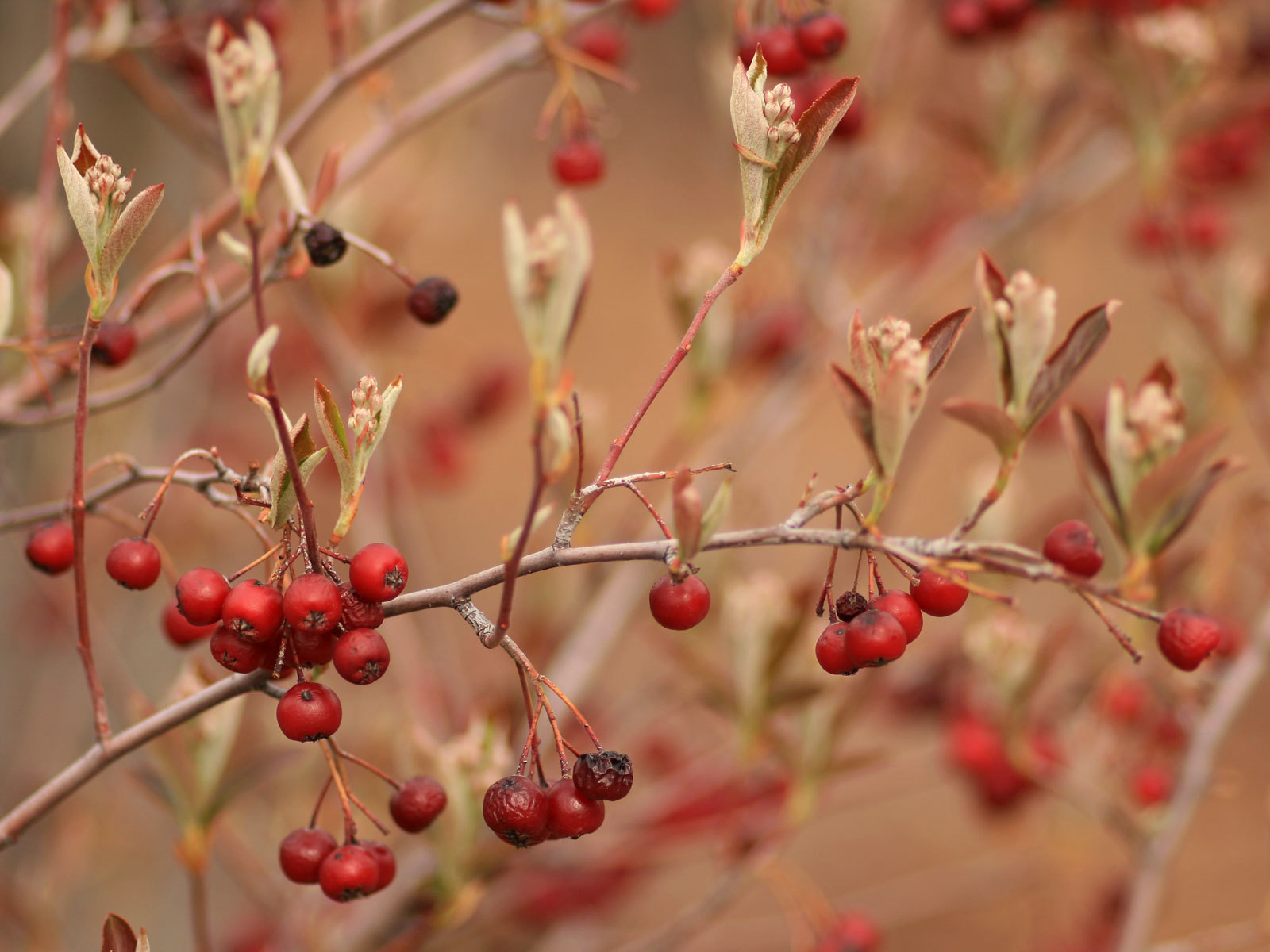 "Red Chokeberry" by treegrow is licensed under CC BY 2.0

Common witch-hazel is a large shrub that naturally grows along woodland edges. Its yellow fragment flowers bloom in the fall. The fruit capsules mature one year after flowering, which then split open and drop seeds that attract several bird species, rabbits and deer. This shrub can withstand road salt and clay soil. Its rounded, dark green leaves turn yellow in the fall. 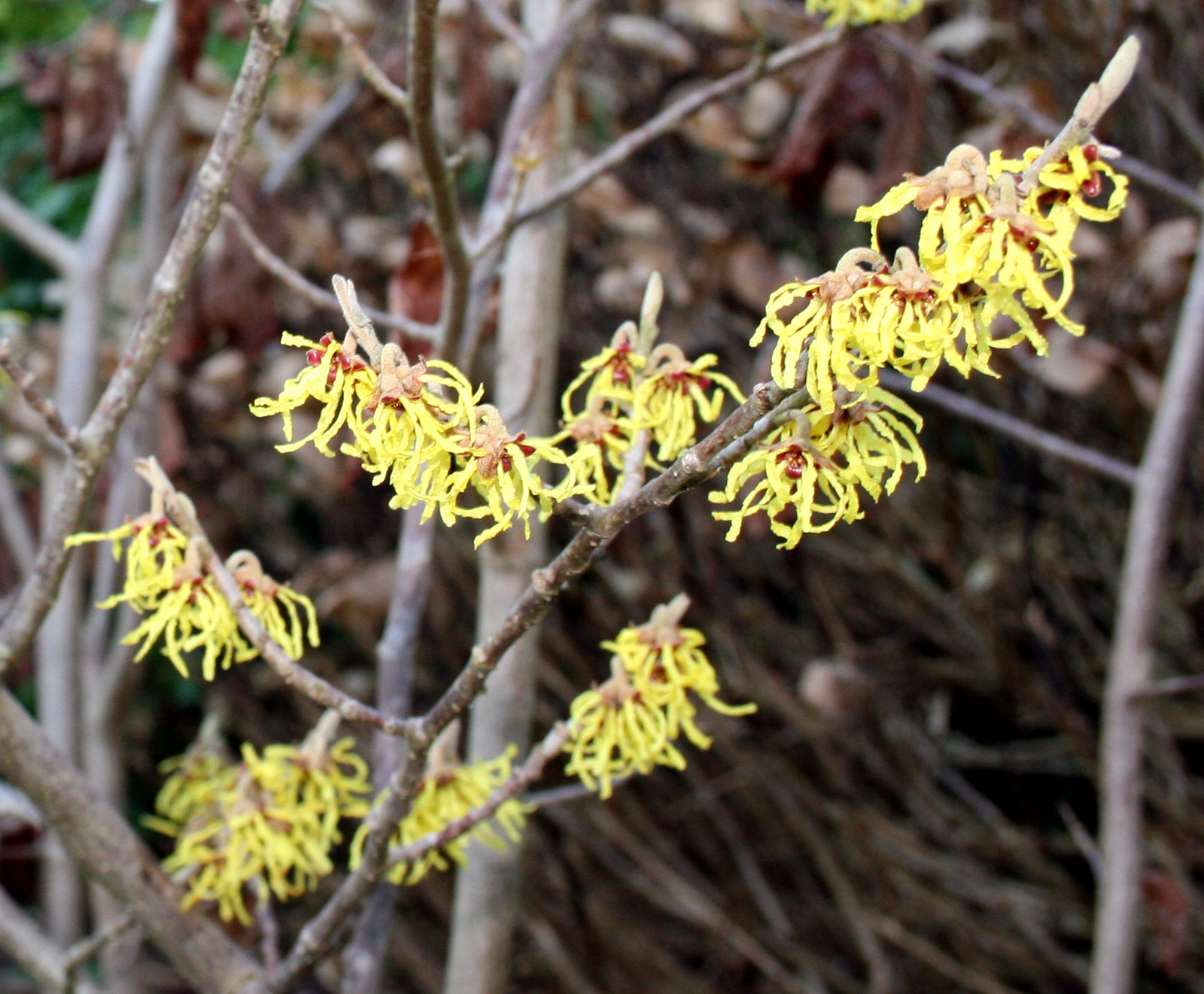 This shrub is beautiful year-round. Greenish-white flowers bloom in the spring. The red berries on winterberry holly last throughout the winter and into spring, which allows for some color to persist once the fall foliage has faded. Its red berries also attract a variety of colorful birds. Dogs and horses may fall ill after consumption of these berries, so be sure to plant these in out-of-reach areas. Winterberry holly prefers routinely moist or poorly-drained areas. 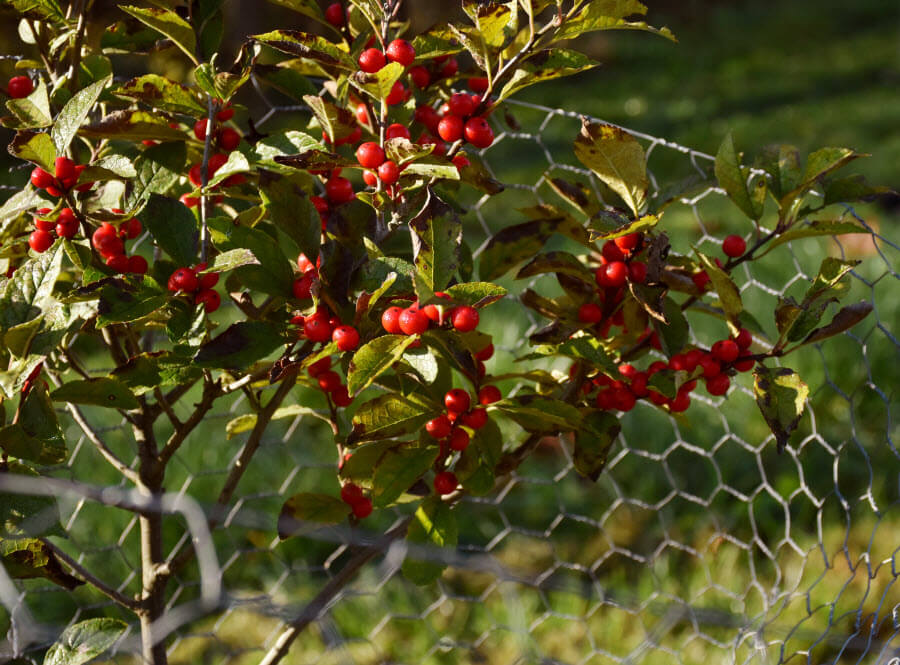 Spotted Lanternfly: What You Need to Know